A bijector is a function of a tensor and its utility is to transform one distribution to another distribution. Bijectors bring determinism to the randomness of a distribution where the distribution by itself is a source of stochasticity. For example, If you want a log density of distribution, we can start with a Gaussian distribution and do log transform using bijector functions. Why do we need such transformations, the real world is full of randomness and probabilistic machine learning establishes a formalism for reasoning under uncertainty. i.e A prediction that outputs a single variable is not sufficient but has to quantify the uncertainty to bring in model confidence. Then to sample complex random variables that get closer to the randomness of nature, we seek the help of bijective functions.

In this post, we shall learn the mathematical intuition and the motivation behind the Bijector functions of Tensorflow in detail, this post is one of many posts that comes under the category Probabilistic Deep Learning focusing on uncertainty and density estimation. Previous posts can be referred to here

Time travel to your 10th grade - bijections, bijective functions or invertible functions is not something new to us. We have studied them all in our set theory classes, oh yeah they are just maps. Each element of the first set is paired with exactly one set in the second set. The elements of the first set are called the domain and the elements of the second set are called co-domain. Few rules that define what exactly a function is,

That set of rules leaves us with one combination that defines bijection precisely - i.e. A function that is injective, surjective, and one-one is a bijective function, It also means both the sets have the same number of elements. Set theory is cooler than what one can imagine if you closely observe - the whole tech space is built on top of the foundational principles of set theory. A Venn diagram is the classic example of how a relational database works(UNIONS and JOINS) - It is silly to quote yet I am quoting, the term relational in RDBMS is nothing but the above set of rules that we have mentioned to define a function.

Distributions are Sources of Stochasticity

There is too much randomness in nature(pun intended) and we are trying to model these natural phenomenons. It is quite difficult to craft the complex distributions that are resultant of randomness observed from nature, hence we start from something simple, say a Gaussian Distribution. In a Gaussian Distribution, the parameters of interest like mean and standard deviations are constrained but our estimation requires an unconstrained space where a direct sampling is difficult. Traditionally a Markov Chain Monte Carlo method is used for obtaining such sequences of random samples that converge to a target probability distribution, these are time-reversal and volume-preserving in nature. Bijector functions of Tensorflow Probability helps us to create such complex transformation of distributions through a process called Normalizing Flows. Please note, these transformations are deterministic - that is the beauty. Refer to one of our previous articles, a practical guide to normalizing flows to understand implementation details of Bijectors,

The Need for Bijective Functions

In this section, we shall review some of the critical characteristics of Bijective functions - This could be a perfect review of the concepts we often forget when we realize how beguiling math is. 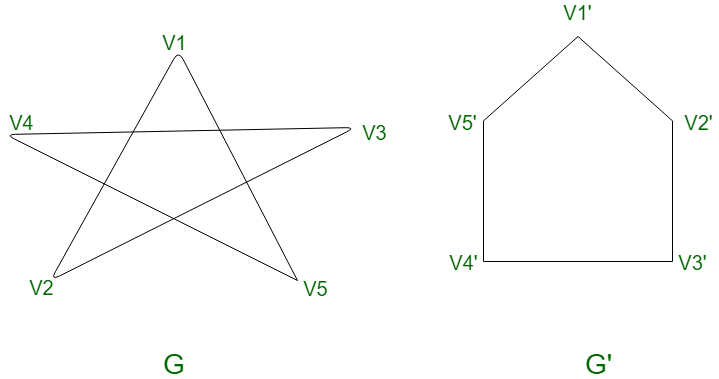 The above geometric intuition can be interpreted in many other forms especially via sets but for absolute clarity, we shall study the mathematical intuition through our favorite notations.

From Group theory, isomorphism preserves the structural integrity of a set - It often maps a complicated group to a simpler one.

Homeomorphism - A Donut and A Coffee Mug are Same

How can a donut becomes a coffee mug - by continuous deformation, refer to the animation below. The key point to take from this metaphor is the volume preservation that we have briefly mentioned at the beginning of this post.

The formal definition of homeomorphic function has one-one mapping between sets such that both the function and its inverse are continuous and that in topology exists for geometric figures which can be transformed one into the other by elastic deformation.

If you notice the definition of isomorphism and homeomorphism, the relationship between the sets/groups is established stronger with the addition of more and more properties. This closeness eventually lead to minimal KL-Divergence a common measure of the difference between two distributions or a loss function for stochasticity measurements. A diffeomorphism is a stronger form of equivalence than a homeomorphism. The formal definition of diffeomorphic function is it is a map between manifolds that is differentiable and has a differentiable inverse

One simple way to understand diffeomorphism is - Let us say we believe ourselves, geometrically speaking a point from nowhere means our beliefs are personal. Then we find another person who has the same beliefs, geometrically a line connecting two points in a 2D space. Similarly, the dimension increases and the belief manifests across through the dimensions. If the beliefs are differentiable and invertible through the dimensions then we call it diffeomorphic bijective belief(function) - pun intended.

It is all about perspective, imagine a negative film is projected from a distance placed on a plane - that is pixel-pixel, line-line, object-object mapping. Otherwise called isomorphism of vector spaces or tensors. A picture worth a million words also I doubt whether I am qualified enough to scribe this in worlds.

The key objective of a Bijector is to transform a Tensor of certain random distribution to a target distribution and ensure it is invertible. From Joshua V. Dillon et al’s paper title Tensorflow Distributions,

Probabilistic Machine/Deep Learning gives the measure of uncertainty for our predictions, making it a more human-like approach towards achieving convergence. Although this post is predominantly focused on the properties and mathematical intuition behind bijective functions, the intent is to understand the motivation behind the Bijectors of TFP. I hope I covered all the nuances of bijective functions in detail with relevant examples for the readers' pleasure. This post is inspired by Joshua V. Dillon et al’s paper on TFP architecture, I thank Joshua and his team for motivating me to write this short one. I also thank my readers and say goodbye until one more adventure with math and its utility.